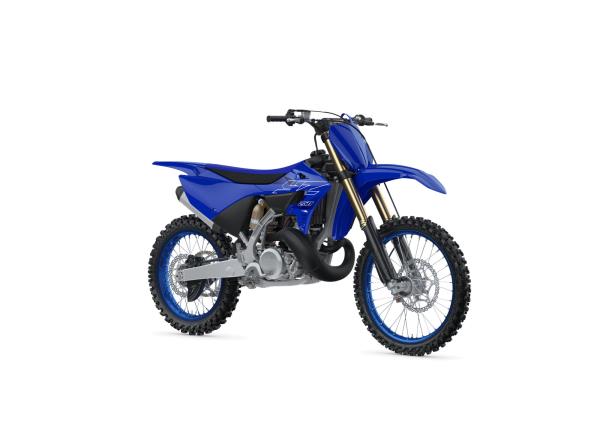 Light, agile and built to shoot out of corners like nothing else, this bike is the ultimate thrill machine. Capable and versatile enough to have won at the highest level in motocross, supercross and freestyle MX – the YZ250 2-stroke comes with a radical new look, sharper bodywork and major chassis upgrades.

If you’ve already experienced what it’s like to be charging hard on the YZ250 2-stroke, then you’re going to love what Yamaha has done with this iconic motocross bike. And if you’ve never had the chance to race a YZ250 2-stroke then it’s about time that you found out what you’re missing!

Its all-new bodywork improves the ergonomics for an even higher degree of control and agility, and the industry-leading KYB suspension features revised low speed damping for better handling, while braking performance is taken to the next level with a new front caliper. And the new higher efficiency air intake and revised exhaust system sharpens the power output of the explosive 250cc liquid-cooled YPVS engine, whereas the new more powerful front braking system and revised suspension damping help to cut lap times. And its new duo-tone colour scheme and graphics are sharper than ever. YZ250 2-stroke: The legend lives on!